The Nikon D500 – is this the ultimate DX wildlife camera?

The news that Nikon will be bringing us the Nikon D500, a brand new professional grade DX format camera, in March this year has been eagerly awaited by many Nikon enthusiast for quite some time. 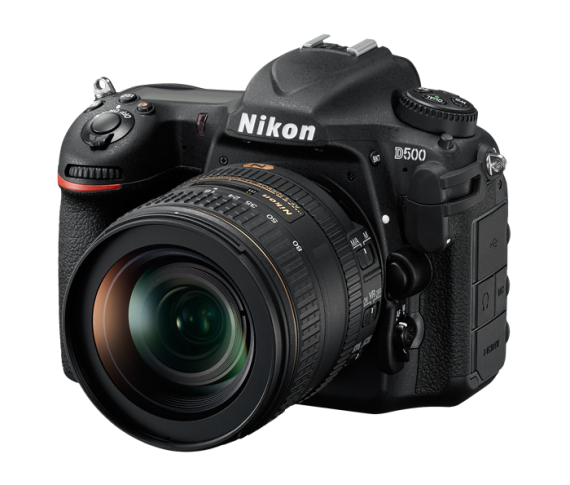 For the past 20 months, as a keen and enthusiastic amateur, I’ve been using the 36 MP full frame Nikon D800, paired with a Sigma 150-600mm f/5-6.3 DG OS HSM Sports lens as my primary wildlife, nature and travel camera (see sample images here). I have also recently started experimenting with shooting video and am blown away by the results when capturing wildlife footage in HD with a 600mm DSLR lens.

Although I am quite satisfied with the results, the D800, at 4fps, was clearly never intended as Nikon’s top action camera and one could not help oneself dreaming about what it would be like to have a faster frame rate, or a longer reach, or perhaps better autofocus. I guess this is partly human nature, but also partly a consequence of becoming more proficient and therefore more aware of the technical limitations of one’s current kit. Yes, a D4 or a D5 would solve the frame-rate problems, however these top-end pro cameras are just completely unaffordable, especially for us in South Africa at the current Rand/Dollar exchange rate. On the other hand, yes, a teleconverter could solve the reach problem - and I have tried the Sigma 1.4 x tele-converter resulting in a 840mm reach (see my review here) - however at an effective f/9, auto-focus performance is just not what it should be to capture wildlife action, and as an amateur I just cannot justify the astronomical cost of a professional 600mm f/4 lens.

So why the excitement about a newly announced camera that has not yet been tested and won't hit the shops for another 3 months?

Well the point is conceptually a DX frame size camera with its built in 1.5 x crop factor and resulting smaller body just gives more reach and  flexibility in the field without taking the aperture reduction hit of a tele-converter. However up till now I have been spoilt by the image quality of the Fx format D800 - see below.

I could therefore simply not justify the compromise to “step down” to a D7200 (the best Nikon DX option until now) and accept its significantly poorer image quality for barely any increase in frame per second or buffer size performance. In addition I would be much better off sticking with the D800 and its 36 million pixels which allowed me to crop down to a very respectable 16MP DX crop in post production. (I have tried the in-camera crop options, but I am sorry to say I never quite understood the point.)

However all of that changed when Nikon surprised us last week with the announcement of a successor to the revered D300s with a superbly designed DX format camera that shares many of the technological firsts of the new Nikon D5. Surely the Nikon D500 promises to be the ultimate wildlife and action camera currently available (across all brands) and it is bound to fly off the shelves of camera shops with wildlife, bird and sports enthusiasts lining up to get their hands on it.

If you still don't understand my excitement, just take a look at these performance specifications:

Price-wise, at around US$ 2 000, the Nikon D500 also promises good value for money. Although it is roughly double the price of a D7200, it more than adequately substantiates that price level with its amazing performance specifications. Its about the same price as a D750, two thirds of the cost of a D810 and less than one third of the cost of a new D5.

As you can see, all in all an amazingly camera which, with Nikon’s reputation behind it, promises to live up to our expectations.